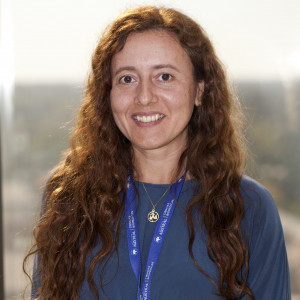 I graduated with honors as a clinical psychologist from University of Buenos Aires (Argentina) in 2004. After graduation, I moved to the United Kingdom to study a Master in Cognitive Neuropsychology at University College London. I worked on a research project examining the effects of top-down and bottom-up processes in auditory speech perception by applying an fMRI paradigm. Subsequently, I was appointed as a research assistant at the University of Bonn (Germany). There, I was involved a project about the correlation of functional language dominance and cortical structural measures in medial temporal lobe epilepsy. In 2008, I enrolled on a PhD program at Durham University (United Kingdom) and I completed my doctoral degree (PhD) in 2011. While working on my PhD thesis, I studied the neural underpinnings of emotional prosody processing in healthy controls as well as in the schizophrenia spectrum by applying a diversity of techniques (fMRI, rTMS, behavioral measures, etc.). This work led to quality publications in Brain Stimulation, PloS One, Clinical Psychology Reviews, the Journal of Nervous and Mental Disease, and Frontiers in Psychology. My PhD thesis proposed that prosody perception deficits have a prominent role in the formation of auditory verbal hallucinations (AVH) (Alba-Ferrara et al, 2012), which is in agreement with the phenomenology of AVH. By describing the neural correlates of prosody perception and proposing an overlap between emotional prosody decoding and AVH, particularly in the superior temporal gyrus (STG), my model provided some cues with respect to the origin of the prosodic features conveyed by hallucinated voices. Moreover, my model proposed that intrinsic physiological fluctuation between the auditory cortex, the STG and the anterior cingulate cortex, could explain why AVH emerge in the absence of external sounds (spontaneous ictal activity in primary sensory areas) or even being triggered by external sounds, and in both cases been experienced as perceptions instead of thoughts.

After finishing my PhD, I moved to the USA for a postdoctoral fellowship in the Roskamp Lab. at the Department of Psychiatry and Neuroscience of University of South Florida. There, I continued learning about Transcranial Magnetic Stimulation and Deep Brain Stimulation, and their applications as therapeutic tools in the treatment of substance abuse disorders. This strand of research assessed the feasibility and effectiveness of targeting different nodes of the brain reward system to ameliorate cravings.

On 2015 I returned to Argentina to take a position as a research scientist in CONICET. I am currently investigating the brain organization of language and emotional processing in epilepsy. I also coordinate the fMRI facility of my lab. On 2017 I also took a position as a part time professor at Universidad Austral.