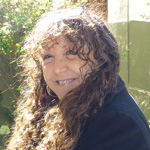 Olimpia Lombardi is an Electrical Engineer and has a PhD in Philosophy (Universidad de Buenos Aires). She is a Senior Researcher at the National Council of Scientific and Technological Research (CONICET) and she is Professor of Philosophy of Science at the School of Exact and Natural Sciences at Universidad de Buenos Aires. She specializes in Philosophy of Physics, specifically in quantum mechanics. She has also carried out several analyses of determinism and indeterminism in highly unstable systems studied in ergodic theory and chaos theory. At present, she is working on the development of a new interpretation of quantum mechanics, the modal-Hamiltonian one. She has written numerous articles and several books. See more. 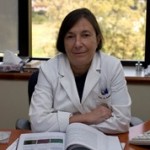 Angela Suburo has a PhD in Medicine (Universidad de Buenos Aires), and she specializes in neurosciences. She is a Senior Researcher at the National Council of Scientific and Technological Research (CONICET) and she is also Professor of Cellular and Molecular Medicine at Universidad Austral. She is member of several associations: Association for Research in Vision and Ophthalmology (Chairperson of the Retinal Cell Biology section), Society for Neuroscience, International Society for Eye Research, Asociación de Investigación en Visión y Oftalmología, Sociedad Argentina de Neuroquímica and Sociedad Argentina de Investigación Clínica. She leads a group of young researchers dedicated to the study of neurodegenerative diseases in the retina and in the brain. She has written numerous articles. In 2011 her work “Mecanismos de protección de los fotorreceptores: papel de los glucocorticoides” received the Nocetti and Tiscornia Prize, awarded by the National Academy of Medicine (Buenos Aires). See more.