Manuel Alfonseca has a PhD in Electronics Engineering and a master in Computer Science. He worked for twenty-two years at the U.A.M.-I.B.M. Scientific Center, where he reached the I.B.M. professional category of Senior Technical Staff Member. He has been a faculty member at the Universidad Politécnica, Complutense and Autónoma of Madrid, where he was a member of the Department of Computer Engineering and was director of the Escuela Politécnica Superior. He has published around two hundred technical and popular science articles in the newspaper La Vanguardia, from Barcelona, and in several blogs, such as Divulgación de la Ciencia. He has published over forty books on popular science, computing, history novel, science fiction and books for children and juveniles. In this genre, he obtained in 1988 the Lazarillo Award, and in 2012 the IV La Brújula Award. See more.

Ivana Anton Mlinar has a PhD in Philosophy from the National University of Cuyo – UNCuyo (as a grantee from DAAD in the Husserl-Archiv of the Cologne University, Germany). She is a Junior Researcher at the National Council of Scientific and Technological Research (CONICET) and she is Professor of Philosophy of Language at the UNCuyo. She is director of the journals Philosophia and Revista de Fenomenología y Ciencia Cognitiva (with Jethro Masís). She directs the research project “Fenomenología y neurociencias: perspectivas en torno a la empatía” (UNCuyo) [Fenomenology and Neuroscience: Perspectives on Empathy] See more. 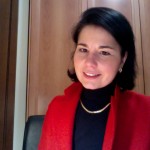 Marta Bertolaso has a degree in Biology from Milano University (Italy) and obtained her PhD at Campus Unviersitario Biomedico, in Rome, where she is Assistant Professor of Philosophy of Sciences. She specializes in the Epistemology of Biology, specifically on the Epistemology of Cancer, and at presents concentrates her research on the relationships between contingency, hierarchy and complex causality in the study of cancer. In particular, she is interested in how the properties of the different levels of organization are structured within the framework of the general epistemology of complex systems. See more.

María Cerezo obtained her PhD in philosophy at Universidad de Navarra (Spain) with a thesis on Ludwig Wittgenstein’s Tractatus logico-philosophicus. She is at present Professor of Logics and Philosophy of Sciences at the University of Murcia. Her expertise is in Logics and Philosophy of Language, also working on the Philosophy of Biology, in particular on topics related to Developmental Biology, the concept of genetic information, and the individuation and persistence of living beings. See more.

Santiago Collado has a degree in Physical Sciences (Granada, Spain). He was Professor at the University of Granada and Almería between 1988 and 1994. After that he earned a degree and a PhD in Philosophy (Pontifical University of the Holy Cross. Rome). Since 2006 he teaches the course Science, Reason and Faith (University of Navarra, Spain). He was Secretary of the research group Science Reason and Faith (Cryf) since its creation in 2003 until January 2010, and since then he is Vice-Director. He is also Director of Research at the Ecclesiastical School of Philosophy (Navarra, Spain) since 2007. Between 2006 and 2009 he was Main Research in the Project “The Human Singularity: The Origin, Nature, and Destiny of the Human Being”, financed by the John Templeton Foundation. See more. 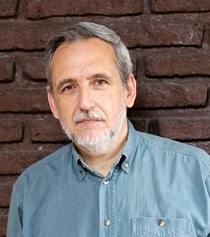 Miguel de Asúa has a PhD in Medicine (University of Buenos Aires), a degree in Theology (Argentine Cahtolic University), a master in History and Philosophy of Science and a PhD in History (University of Notre Dame). He is a Senior Researcher at the National Council of Scientific and Technological Research (CONICET), he was a Guggenheim Fellow, and a visiting fellow at Harvard University, Yale University, Boston College and the Clare Hall and St. Edmund’s College (University of Cambridge). He has published 80 articles, and written or edited 15 books on history and philosophy of science, among them De cara a Darwin. La teoría de la evolución y el cristianismo (2009) and La evolución de la vida en la Tierra. Ciencia, filosofía y religión (2015). He is member of the National Academy of Science of Buenos Aires and of the National History Academy. He is a Professor at Argentine Cahtolic University and UNSAM (National University of San Martín) and teaches Science and Religion at Máximo School in San Miguel.

Luis Echarte is a Professor in the area of Medical and Bioethical Education of the School of Medicine at the University of Navarra (Spain). He has a degree in Medicine and carried out doctoral studies in the area of neurosciences. His thesis was on the concept of intentionality and consciousness in medical literature. Besides, he coordinates the subproject “Habits and Neuroethics”, which is part of the research project “Biology and Subjectivity” (Instituto de Cultura y Sociedad). His current area of research is the problem of identity in the enhancement of nature. See more.

Alejandro González Sánchez has a degree in Physics and in Mathematics, obtained an MA in Physics (UNAM, México) and a PhD in Astrophysics (Sussex, UK), with the thesis “Cosmological Alignment Effects; galaxies, clusters and superclusters”. From 1995 to 1998 he worked at the Instituto Nacional de Astrofísica, Óptica y Electrónica (México) within the project “Large-scale tidal forces as a mean to explain the alignment effects of galaxias and clusters in filaments”. Later on, from 1999 to 2001, he worked at the Universidad Popular Autónoma del Estado de Puebla (UPAEP, México). From 2001 to 2008 he taught and made research at the Physics Department of the Universidad Juárez Autónoma de Tabasco (México). Since 2008 he is ordinary Professor at the Physics School of the Universidad Autónoma de Zacatecas (México), where he has been Director of the Astronomical Observatory José Árbol y Bonilla. He has participated in several specialized international conferences in Cosmology and in Astrophysics, and is member of the National System of Researchers (México) for his scientific production. See more.

Francisco Güell has a PhD in Philosophy from the University of Navarra (Spain) and has also a degree in Biological Sciences. He is a Researcher in the Project “Mind-brain: Biology and Subjectivity in Philosophy and in Contemporary Neurosciences” (Instituto Cultura y Sociedad, Navarra). He is Associate Professor at the Department of Philosophy of the same University and he also teaches in the Master of Research in Bioethics (Universidad Rey Juan Carlos, Madrid). He specializes in the Epistemology of Biology and in Xavier Zubiri’s philosophy. He published the book “El estatuto biológico y ontológico del embrión humano: el paradigma epigenético del siglo XXI desde la teoría de la esencia de Xavier Zubiri” [The biological and ontological status of the human embryo: the epigenetic paradigm of 21st century seen from Xavier Zubiri’s theory of essence]. His area of research is the Philosophy of Biology and of the Neurosciences and he focuses on topics related to the genetic and epigenetic dimensions of organic development and on the characterization of the unity of the living being. See more.

Rafael Martínez is Professor of Philosophy of Science and Dean of the School of Philosophy at the Pontifical University of the Holy Cross (Rome). He studied Physics and Philosophy, and he is interested in the historical and epistemological aspects of scientific concepts (Immagini del dinamismo fisico: causa e tempo nella storia della fisica, 1996) and their relationship with religion. He was awarded the Science & Religion Course Program Award (John Templeton Foundation, 1997). Together with M. Artigas and W. R. Shea, he published an unpublished manuscript related with the Galileo case (Acta Philosophica, 17, 2001). He is author, together with M. Artigas and Th. F. Glick, of Negotiating Darwin: The Vatican Confronts Evolution 1877-1902 (2006), in Spanish: Seis católicos evolucionistas: El Vaticano frente a la evolución 1877-1902 (2010), and editor, with G. Auletta and M. Leclerc, of Biological Evolution: Facts and Theories. A Critical Appraisal 150 Years After “The Origin of Species” (2011). See more.

José Ignacio Murillo es José Ignacio Murillo is professor at the Department of Philosophy of the University of Navarra. His research is related to the field of anthropology and is animated by the interest in integrating the various scientific perspectives studying the human being. This concern has also led him to establish a dialogue with the natural and social sciences, and also with Theology. In recent years he has devoted special attention to the relationship between Biology and Anthropology, and has studied the issue of life and living beings in different ancient and contemporary philosophers. He is Director of the interdisciplinary project “Biology and subjectivity in contemporary philosophy and neuroscience”, based at the Institute Culture and Society (ICS) of the University of Navarra. See more. 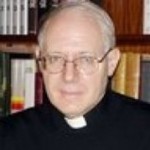 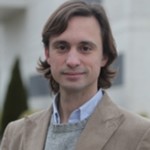 Ignacio Silva has a DPhil in Philosophy from University of Oxford with a dissertation on divine providence and the problem of causality in quantum physics. He is a co-director of the project “Science and Religion in Latin America”, of the same University. In his publications he has tried to show the necessary mediation of philosophical criticism in the dialogue between science and religion, in particular in topics related to God’s action. He is Research Fellow at the Ian Ramsey Centre for Science and Religion and at Harris Manchester College (Oxford). His research area is the interaction between divine and natural causality, and the historical development of the concept of laws of nature. See more.

Francisco José Soler Gil studied Physics and Philosophy. He obtained his PhD in Philosophy at the University of Bremen (Germany). His research focuses on the ontological aspects of modern physics, in particular in quantum mechanics and cosmology. He is the author of Aristóteles en el mundo cuántico [Aristotle in the quantum world], which has also been published in German, and of several articles on the philosophy of physics. He also published Lo divino y lo humano en el Universo de Stephen Hawking [The divine and the human in Stephen Hawking’s Universe] and, together with Martín López Corredoira, ¿Dios o la materia? [God or matter?]. He also co-authored and edited the book Dios y las cosmologías modernas [God and modern cosmologies]. He teaches at the University of Sevilla. See more.

Eugenio Urrutia Albisua is a Chemical Engineer, graduated at Universidad Popular Autónoma del Estado de Puebla (UPAEP). He also has an M.A. in Administration (UPAEP) and an M.A. in Food Technology at the Instituto de Agroquímicos y Tecnología de Alimentos (Valencia, Spain), and he studied Education for Science and Technology at the Centro de Capacitación “Aharón Offri” (Foreign Office, Jerusalem, Israel). He is a former Director of the School of Chemical Engineering (UPAEP) and of the Program “Science and Religion Course” for Latin America (Berkeley, CA). At present, he is Research Director at UPAEP and the Director and founder of the Centro de Estudios en Ciencia y Religión (CECIR). He has edited six books about the relationship between science and religion. See more.

Héctor Velázquez has a degree in Philosophy from Universidad Panamericana (México) and obtained his PhD in Philosophy at Universidad de Navarra (Spain). He is the author of several books, among which ¿Qué es la naturaleza? Introducción filosófica a la historia de la ciencia (Porrúa 2007). In 2002 he was awarded the CTNS Science and Religion Course Award, for the design of an interdisciplinary course (“Creation and evolution: two topics for the dialogue between science, philosophy and theology”), granted by The Center for Theology and the Natural Sciences (Berkeley, CA) and sponsored by the John Templeton Foundation. He teaches Philosophy of Nature and Philosophy of Science at Universidad Panamericana. See more. 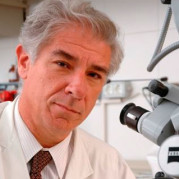 Marcelo José Villar has a PhD in Medicine (University of Buenos Aires). He did postdoctoral studies at the Department of Neuroscience at the Karolinska Institute (Stockholm), which continues to work with. He has been Dean of the Faculty of Biomedical Siences of Austral University and President of this University. He is a Senior Researcher at the National Council of Scientific and Technological Research (CONICET) and President of the Scientific and Technological Park of Austral University. He specialices in Neuroscience and his research focuses on pain regulation mechanisms. He is member of several national and international societes, and has more than 130 publications in well ranked scientific journals and book chapters. See more.