Determinism and Indeterminism: From Neuroscience to Philosophy

If the discussion about a determinist or an indeterminist nature already becomes acute at the level of physics and even more intense if it concerns the question of life and the evolution of its forms, the debate reveals its greatest importance when it refers to consciousness and the freedom of the human being. With the enormous development of the neurosciences, it seemed all the more tempting, and likely, to reduce consciousness to neurobiological phenomena. The increase in the degree of complexity that such a reduction would require set off new epistemological and ontological discussions, which continue in one way or other those of the philosophy of mind [1]. In this field, independently of how we understand the behavior of nature to be, whether deterministic or indeterministic, the common enemy was and still is every form of dualism, be it substance dualism or property dualism. The problems dualism has to find an acceptable explanation both to the nature of the mind and of mental acts, provoked a variety of answers.

If we were to draw a map of the range of positions, we could perhaps place folk psychology at one extreme, supporting the irreducibility of the mental to the biological, and identity theory, dating as far back as Hobbes, at the other. In recent discussions a number of arguments have been put forward in defense of a non-reductive account of the mental, such as the multiple realizability of psychological states [2, 3], functionalist arguments [4] and the existence of qualia [5-7]. But these explanations have also received much criticism in line with the reductionist position [8-10]. Nevertheless, systematic characterizations of the various explanatory levels concerning cognitive and neural sciences are infrequent, and in such attempts ontological and epistemological considerations appear for the most part interwoven [11]. The achievement of a model of the connection between different epistemological levels is still a challenge today.

Epistemological discussions naturally give way to ontological questions about the philosophical foundations of neurosciences, in particular concerning the nature of the mind and the soul. With a few exceptions [12, 13], the majority agree in rejecting any form of Cartesian dualism. After Ryle’s characterization of the Cartesian soul as a “ghost in the machine” [14], many have adopted a materialist or reductionist position [15-19]. But there are also those who sustain a linguistic or semantic duality without ontological commitment. Examples are Paul Ricoeur [20-22] and those who search for an alternative to reductionism having recourse to the “mereological fallacy” [23]. According to these it is not possible to attribute to the parts (e.g. the brain or any other organ) what belongs to the whole (the human being, the person). One difficulty of this approach is that by separating so strictly the fields of meaning of science and of philosophy or ordinary language, interdisciplinary dialogue is made impracticable. There are also other authors who sustain a non-substantial duality, but distancing themselves from Descartes and drawing resources from the Aristotelian tradition [24, 25] or adopting an epiphenomenalist position [26]. Finally, some offer non reductionist theories which conserve nonetheless a more or less materialist background, such as anomalous monism [27] and some kind of emergentism [28]. In face of such a variety of positions, it is not surprising that the discussion of the most adequate ontological framework to understand the nature of the mind still remains open [29-32]. 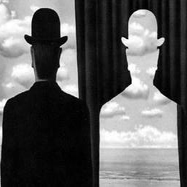 The original pretension of phenomenology to preserve for philosophy a domain of study of consciousness and the spirit, submitted to the claim that consciousness is always referred to an objective pole, the world, through the mediation of our body: the world could only be understood as bodily and that consciousness is the necessary correlate of the manifestation of the world [33-35]. This ambiguity opened the way to the attempt to naturalize human consciousness, a project that gathered neuroscientists, philosophers and psychologists whose ambition was to show that any mental property is acceptable only if it is a continuation of those properties studied by natural sciences [36]. But this entailed retracing the steps of phenomenology, since it restricted all rationality in the study of the human to the scientific discourse. From phenomenology attempts have been made to reaffirm the spirit, but without any sort of ontological claims for fear of dualism. The meaningfulness of first-person speech was underlined, independently of science, which would reason in terms of the third person. Also Searle rightly emphasized the irreductibility of first-person speech and the reliability of folk psychology, but the same rejection of dualism pushes him towards a materialist ontology [28]. The issue at stake is whether it is possible to support a non-reductionist position without ontological claims and, consequently, which aspects of the Cartesian stance are perishable and which are not [37]. In other words, which kind of duality is there between the soul and the body, the mind and the brain.

The problem of causality of mental acts unavoidably affects the question of free will. Classical positions divide between compatibilism and incompatibilism [38-42], even if the magnitude of such a distinction has been questioned [43]. Whereas various compatibilists [44-47] claim that a determinist system leaves room for free will, incompatibilists deny it [48]. Among these, libertarians say that free will is real but presupposes indeterminism in the physical world [49-52]. Others adopt a hard determinist position, according to which determinism is true and this excludes the possibility of free acts [53-55]. However, it is not true that every indeterminist position leaves free will uncompromised. If, for example, the fixation of quantum indeterminacies was due to random movements, human action would not have its origin in a genuinely free decision [56, 57]. 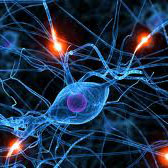 Libet and Libet-like experiments [58-60] forced scholars to examine the problem of free will anew. Although Libet himself was mostly cautious about the relevance of this kind of investigations, they have certainly triggered an intense debate [61-64]. A central topic under discussion is whether neurological processes are compatible with the setting of goals by a voluntary agent. Some authors claim that the consciousness of making a choice is nothing less than an illusion [65-67], but many others maintain the opposite using different arguments. Among these, and in line with the Wittgensteinian tradition, some plead for a strict separation of domains between philosophy and neurosciences [68], but others attempt some integration without renouncing the specificity of each epistemological level [69-72] . However, all of the latter try to overcome the physical causal closure [73, 74].

In addition, the philosophy of mind and the neurosciences have seen themselves confronted with the old problem of the soul. Although the use of the terms is still disputed, when discussed together, “mind” usually refers to consciousness and mental operations broadly speaking, whereas the term “soul” refers to a principle of non-physical nature, implying the possibility of a religious connotation [75]. Even though recent debates in science and philosophy understandably tend to avoid the latter term, theology cannot avoid the subject. This issue covers the questions whether the human mind is an emergent property of super-complex neural systems, and whether it is possible to speak about a human soul in a neurobiological account [76-79].

It is finally possible to establish a distinction between free will and freedom, at least insofar as free will refers principally to the objective processes related to our choices including alternative possibilities, while the concept of freedom would unequivocally point at the personal act of deciding our own ends or purposes [51, 80-82]. It remains to be discussed whether any sort of universe, wholly deterministic or one that contains domains of indeterminism, would allow for real freedom thus understood. In this respect, developments in the neurosciences would offer a new chance for understanding the human being as a person, since they would have to recognize that the act of decision cannot be grasped with neuroscientific methods, but is only accessible from the first-person perspective [68]. The weight of this kind of considerations for our understanding of God as a personal being has been emphasized recently [83, 84].

How to cite this entry: Franck, Juan F. and Vanney, Claudia E. [online], “Determinism and Indeterminism: From Neuroscience to Philosophy” (2013), www.austral.edu.ar/filosofia-deteind/en/determinismo-e-indeterminismo-de-las-neurociencias-a-la-filosofia/ [date of last search].