Determinism and Indeterminism: From Physics to Philosophy

The relationship between determinism and freedom has been one of the main concerns in philosophy throughout history [1]. Many philosophers have opposed freedom (or chance) and necessity (or causality) to each other when discussing whether freedom is present, or not, in the connection between its processes and its results, as a way to differentiate between necessary (or causal) processes and free (or random) processes. Different definitions and notions have been used in the debates over determinism [2-8]. On the one hand, the terms contingency, randomness, emergency, uncertainty, free will and freedom seem to lead to an indeterministic standpoint about reality [9]. On the other hand, the notions of necessity, causality, law-likeness, predictability and fatalism seem to suggest a deterministic stance [10-14]. But does physics properly distinguish between these notions? If so, how does it do so? How does philosophy contribute towards the elucidation of such distinctions? 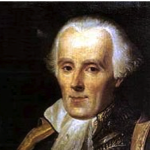 The metaphysical dilemma about determinism has already appeared in ancient classics and it is closely related to the idea of an inexorable destiny or fatality. However, a deterministic worldview with a theoretic foundation in physics is a modern idea conceived from successful predictions of Newton’s physics and analytical mechanics [15]. Both had presented the world as a great clockwork-like system whose states evolve from an initial state in an inexorable manner. One of the most characteristic representatives of deterministic mechanism was Laplace, who hypothetically formulated the existence of a super intelligence capable of calculating all past and future events, starting from exhaustive information of the universe in any given instance [16, 17]. Deterministic mechanism prevailed unquestioned in physics until the end of the 19th century, when Poincaré’s work manifested intrinsic limitations in the prediction of the temporary evolution of some mechanical systems. Poincaré demonstrated that there is no non-perturbative analytical solution that would solve the movement of three celestial bodies. Even though the perturbative method gets a precision in the predictability of up to twenty correct decimals, it is not possible to obtain more precision than this because the solutions of the equations do not converge analytically [18].

During the 20th century the scientific worldview distanced itself considerably from the deterministic image of the clock-like world, thus assuming new modalities [19]. On the one hand, the consolidation of quantum mechanics has called for a revision of classic determinism insofar it introduces randomness in the fundamental stratus of reality [20-22]. On the other hand, the development of chaos theory also turned out to be an insurmountable obstacle for those who anticipated a univocal prediction of all future states in all real systems [23, 24]. 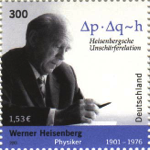 The development of complex sciences during the 20th century has also put deterministic mechanism to the test. The coexistence -in chaotic systems- of non-lineal deterministic laws together with the uncertainty of the initial conditions of the physical system, has made it impossible to have univocal predictions of the temporal evolution of each of the many particles in a real system. Due to the fact that in complex systems the movement of particles is governed by equations which are very sensitive to the initial conditions, the trajectories that follow two points which are initially very close, diverge exponentially (and not lineally) with the passing of time [36-38]. 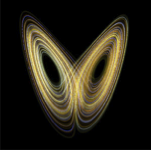 Although it is still possible to maintain determinism in chaotic systems, this requires a particular interpretation. Since in complex systems future states can be statistically predicted in a holistic manner, the apparent random macroscopic processes can be interpreted as the answers given by underlying microscopic deterministic laws that are responsible for restoring the univocal temporal dependence between the states in the system. If we consider that the only function of statistics to allow for the treatment of very complex systems with a great number of degrees of freedom, probabilities may be seen as an expression of our ignorance of perfectly deterministic processes that result from an infinite number of unobservable elements [39]. But are chaotic phenomena compatible with the coexistence of determinism and indeterminism at different levels or strata of reality? If so, how could we explain such coexistence?

Moreover, does the predicate ‘determinist’ apply to theories, to scientific models or to nature? If it can be applied to several of these, would we be dealing with different kinds of determinism? Do they imply each other? Some authors have tried to classify diverse physics-mathematical theories into deterministic or indeterministic [40]. It is usually considered that dynamic equations of motion are deterministic when a given value of independent variables univocally fixes the dynamic evolution of a physical system in any given state. In this way, the deterministic character of a certain scientific theory, or the lack of it, will usually be associated with the possibility of finding unique solutions for dynamic equations: if the possible solutions are not unique, there will be no determinism [41]. However, the abovementioned classification is not easy to accomplish because each of the different theories includes varied notions -such as “system” or “state”- which are not defined with the necessary precision. Hence, even within each theory there will be an open space to formulate legitimately a notion of determinism in different ways, requiring an interpretative discernment as to choose the best formulation in each case [42, 43]. In order to affirm the determinism or indeterminism in a given scientific theory, it is necessary to adopt a meta-theoretical epistemological perspective, and this requires moving forward to an in-depth study of the kind of reasoning behind scientific theories [44]. 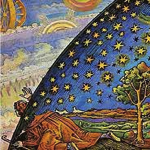 The discussion of determinism/indeterminism in the natural world is not only a concern of science and philosophy, but has strong implications for natural theology. Many authors have emphasized the fact that processes in the world involve at all stages of its history interplay between chance and necessity. For them, the novelty emerges at the edge of chaos, where order and disorder interlink without destroying each other [45]. The quest for the origins of the universe is especially open to interdisciplinary research [46-48]. Scientific explanations try to reconstruct the various steps followed by the material universe in the past [49]. Besides, each religious tradition has a doctrine on these origins. Nowadays there are several cosmological models but, is any cosmological model compatible with divine creation or do some models exclude it? In particular, is a deterministic cosmological model without an initial singularity compatible with the doctrine of creation? Hawking, for example, argues that it is not necessary to invoke God in order to explain the origin of the universe, and that the Big Bang is a consequence of the laws of physics alone, which admit the existence of a set of universes or multiverse [50, 51]. Other authors argue that the origin of things implies a causal relationship that transcends nature and the scientific method [52]. They claim also that an ontological transcendental gap even exists in those cosmologies that, in order to describe the origin of all things, resort to quantum fluctuation models of our universe, or introduce a plurality of independent space-time regions or multiverses [53, 54]. However, a scientific study of the conditions under which the existence of a multiverse is a logical necessity in mathematical physics is still an open question [55].

In recent times, the research program called “Scientific Perspectives on Divine Action” studied how contemporary science points to a kind of metaphysical space which can allow for divine agency in the world [56-59]. For the researcher in this program, in selecting the laws of nature, God chooses very specific laws with very remarkable properties. Thus, the laws allow not only for chance events but for the genuine emergence of complexity in nature, an emergence that requires these laws but goes far beyond a mere unfolding of their consequences. But should physics recognize a natural ontological indeterminism in order to admit the possibility of divine action in nature?

How to cite this entry: Vanney, Claudia E. and Franck, Juan F. [online], “Determinism and Indeterminism: From Physics to Philosophy” (2013), www.austral.edu.ar/filosofia-deteind/en/determinismo-e-indeterminismo-de-la-fisica-a-la-filosofia/ [date of last search].