Determinism and Indeterminism: From Biology to Philosophy

Indeterminism was introduced in biological explanations within the context of complex phenomena and of processes of self-organization [1-3]. But does biological complexity necessarily entail an indeterminist view? The contingency of the biological realm, whose phenomena possess a stochastic component as well as a causal one, involves a variety of levels of complexity. Therefore, one of the most relevant questions for philosophy of biology, from the methodological and epistemological viewpoint, is at present to understand the kinds of determination and of indetermination that characterize the organization of living beings within the context of complexity. 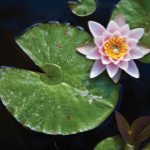 The dynamic laws which describe the temporal evolution of a physical system provide an insufficient understanding of the living being, since biological processes, unlike mechanical processes, are not completely determined by the dynamic equations and their initial conditions alone. But are determinism and indeterminism understood in the same way in physics and biology? If in the more restricted field of physics there is not a unique formula for determinism, the situation is surely more difficult in the study of living beings. 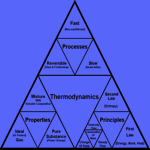 Due to some “successful” cases of reduction in the field of physics, reductionism was uncritically assumed on several occasions. The reduction of thermodynamics to statistical mechanics is a paradigmatic case [5]. However, even “successful” cases continue to pose open problems: thermodynamics contains fundamental laws which are not t-invariant. Thus, how could we explain irreversibility with reversible theories or how could an irreversible world be depicted adequately within a reversible one? [6, 7] Quantum mechanics also offers a good example: the complexity of the problem of decoherence shows that to deduce classical mechanics from quantum mechanics implies something more than the mere application of a mathematical limit [8, 9]. The aforementioned examples of physics could be limited to intertheoretical reductions, inasmuch as they enforce the ideal of a unification of science based on a hierarchical organization of scientific theories. The goal would then be to find the fundamental theory from which it would be possible to deduce the laws of all other scientific theories. Notwithstanding, reductionist proposals are often not circumscribed to the domain of philosophy of science, but also claim an ontological reach. Physicalism, for example, is a metaphysical thesis conceived at the beginning of the 20th century. For physicalists physical properties thoroughly determine the whole of reality, living beings included [10]. However, in spite of the strong momentum that the reductionist program received in the last decades of the past century, today many scientists and philosophers of biology think that it is not possible to reduce biological explanations to those of physics [11, 12]. So, at variance with those who claim that the disciplines that study the basic levels of matter are the most fundamental ones, several authors sustain that a combination of disciplines and of theoretical approaches is required in order to address the problems posed by biological complexity [13].

Besides, progress in molecular biology also led to new reductionist proposals, which sought to reduce all biological explanations to the domain of molecular biology. Classical genetic reductionism, like that of Monod, paved the way to indeterminist perspectives in biology by introducing chance in its different forms, as a generator of diversity, as a mechanism of evolution, etc. [14]. For later determinism, however, it is the genes, together with environmental conditions, that completely determine the morphology and the behavior of the phenotypes [15]. So, a series of discussions took place about the relationship between microevolution and macroevolution. However, just as there are no biological laws that could be reduced to the laws of molecular biology, genes and DNA do not adequately satisfy the criteria of reduction either. At present, there are some anti-reductionist biologists who consider the explanations of macrobiology appropriate and autonomous enough so as to require neither correction, nor completion, nor any additional explanations at the molecular level [16, 17]. 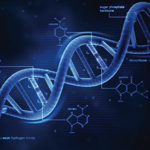 Other answers to genetic reductionism came from emergentism [18-20], which recognizes the existence of holistic properties that are not deducible from the component parts of the organism. Emergentist considerations use the notion of downward or top-down causation to indicate the selective capacity or complex organisms with respect to some properties of their constitutive parts [21-23]. Even though the possibility of a theory of causation that avoids dualism has been questioned [24, 25], the notion of downward causation has been applied in the context of complexity in order to overcome neurobiological reductionism [26]. But emergentist approaches do not always admit the existence of a non-physical causation, since some emergentist authors also propose a reductionist account of causation [27-29]. 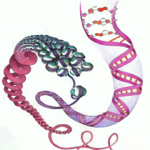 In contemporary biology in general, and particularly in genetics, the concept of information plays an important role [30]. The gene has been considered the fundamental unity of information, although in the last decades new unities of information have been accepted. Scientists have discovered that the information stored in the genome is regulated to a great extent by epigenetic factors [31]. In face of this, it is possible to ask whether epigenetic factors reopen a space for indetermination, within the context of genetic determinism. Epigenetic approaches do not ignore the genetic components of innovation –such as genetic variations or the gene that regulates evolution–, but they assume these components are always present in the working context and concentrate on trying to explain the mechanisms which underlie the generation of novelty [32, 33]. Today the epigenetic paradigm is generally accepted, even though its range is still debated. However, we do not have yet an explicative model that could account for the dynamics of the system as a whole in a precise way [34, 35].

Besides reopening questions relative to evolution and to the structure of biological systems, contemporary authors also showed interest in biological development. Evolutionary [36-38], systemic [39-42] and organizational considerations [43-45] of biological complexities offered new perspectives for the study of organic functions. These approaches allow one to consider theories of evolution not only in the light of molecular biology, but also manifest the need to consider the mechanisms involved in the development and self-organization of living beings [46]. But which epistemological assumptions do each of these approaches take for granted and how does this diversity affect the unity of biology? This point is not irrelevant to the study of our topic, since each of these approaches opens new spaces to an indeterminist understanding of living beings. 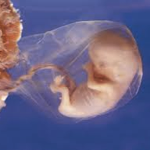 The consideration of a stochastic dimension at the microscopic level, together with a functional determination of the parts and the system at the macroscopic level, paved the way for new systemic perspectives [47], which applied system theory to the study of living beings [48, 49]. Development takes place through the selection of autocatalytic cycles in a particular configuration of processes, which provide the system with a competitive edge when resources become limited. Biological development thus coordinates the differentiation of the constituent parts of the system and their contribution to the functioning of the organism in a distinctive way. Since developmental biology meticulously considers the flux networks and the hierarchical relationships that define a system, as well as their context, all non-random causation results from development. From this point of view, downward causation –in the form of organizational or informational restrictions– seems to prevail in full-grown systems, since in these systems functioning depends less on the constituent parts of the inferior levels [3, 50].

Now, to what extent can contingent evolutionary processes refer to a creator and provident God? On the one hand, the origin of life continues to be a deep mystery. At present a number of different theories exist together with greatly divergent opinions among scientists [51-54]. The biggest problem that explanations about the origin of life have to face is that even the simplest forms of life are immensely complex. The emergence of living matter from inanimate matter is probably the most important example of the self-organizational abilities of physical systems [55]. On the other hand, if we assume that a divine providence operates, how can we interpret the generation of biological diversity through stochastic processes? Different questions in contemporary biology –such as self-organization, indetermination, downward causation and the communication of information– seem to some authors to open up promising paths to the conception of a non-interventionist divine action in evolutionary history, since such action would not violate the laws of nature [56-58].

11.       Dupré, J., It is not possible to reduce biological explanations to explanations in chemistry and/or Physics, in Contemporary Debates in Philosophy of Biology, F. Ayala and R. Arp, Editors. 2010, Wiley-Blackwell: Oxford. p. 32-47.

12.       Keller, E.F., It is possible to reduce biological explanations to explanations in chemistry and/or Physics, in Contemporary Debates in Philosophy of Biology, F. Ayala and R. Arp, Editors. 2010, Wiley-Blackwell: Oxford.

37.       Perlman, M., Changing the Mission of Theories of Teleology: Do’s and Don’t’s for Thinking About Function, in Functions in Biological and Artificial Worlds: Comparative Philosophical Perspectives, I. Krohs and P. Kroes, Editors. 2009, MIT Press: Cambridge-MA. p. 17-36.

How to cite this entry: Vanney, Claudia E. and Franck, Juan F. [online], “Determinism and Indeterminism: From Biology to Philosophy” (2013), www.austral.edu.ar/filosofia-deteind/en/determinismo-e-indeterminismo-de-la-biologia-a-la-filosofia/ [date of last search].