Are we determined? The Spanish philosophy journal Anuario Filosófico publishes its second issue of 2013 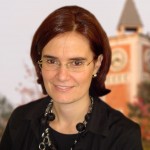 The Spanish journal Anuario Filosófico (Philosophy Department, University of Navarre, Spain) has published its second issue of 2013. It is a monographic issue bearing the title “The debate on determinism: new perspectives from contemporary science” (“El debate sobre el determinismo: nuevas perspectivas desde la ciencia contemporánea”) and it examines the fascinating contemporary discussion between determinism and indeterminism in several fields. The associate editor of the volume is Prof. Claudia Vanney, who has a Ph. D. in Physics (University of Buenos Aires, Argentina) and a Ph. D. in Philosophy (University of Navarre, Spain), and therefore gathers in her education the key elements for the dialogue between philosophy and science.

The problem of determinism is of great import nowadays, after a century when some scientific discoveries have challenged basic as well as fundamental notions, such as human free will, the proper inner structure of nature or the origin of living beings, among others. For this reason a rigorous and deep reflection becomes unavoidable. We read in the Introduction: “it is necessary to make a right differentiation of the epistemological, ontological and methodological levels (…) in order to face the recurrent problem of reductionism adequately”.